According to public safety spokesman Steve McCausland, The Maine DEA seized more than two pounds of fentanyl from a 21 year old Portland man. Fentanyl is a powerful synthetic opioid analgesic that is similar to morphine but is 50 to 100 times more potent.

21 year old Hunter S. York has been charged with aggravated trafficking in schedule W drugs. Yesterday morning Maine DEA agents along with Portland Police started investigating reports of drug trafficking from 115 Dartmouth Street in Portland. In the apartment, which York was apparently not present in at the time, agents seized more than two pounds of fentanyl in both powder and tablet form, 125 ecstasy capsules and $15,000 in suspected drug proceeds.

Early this morning, as a subsequent result of the search, York was pulled over and arrested on Forest Ave. He was in possession of both fentanyl and multiple firearms at the time of his arrest.

Police say that all of the fentanyl that was seized between the home search and arrest had more than a $140,000 street value.

The Maine DEA is working with the US Drug Enforcement Agency to identify, disrupt and prosecute York’s out of state supplier. Locally, several involved in York’s distribution channel have been identified and more arrests are expected.

Best of the Web

Our Facebook page is sponsored by:
Marketplace at Augusta 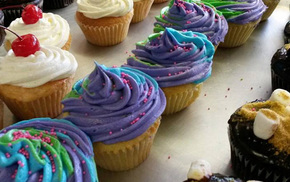 It appears that you already have an account created within our VIP network of sites on . To keep your personal information safe, we need to verify that it's really you. To activate your account, please confirm your password. When you have confirmed your password, you will be able to log in through Facebook on both sites.

*Please note that your prizes and activities will not be shared between programs within our VIP network.

It appears that you already have an account on this site associated with . To connect your existing account just click on the account activation button below. You will maintain your existing VIP profile. After you do this, you will be able to always log in to http://92moose.fm using your original account information.

*Please note that your prizes and activities will not be shared between programs within our VIP network.

Please fill out the information below to help us provide you a better experience.

Moose Valuable Listener Club brought to you by:

Moose Valuable Listener Club brought to you by:

Thank you for your request.